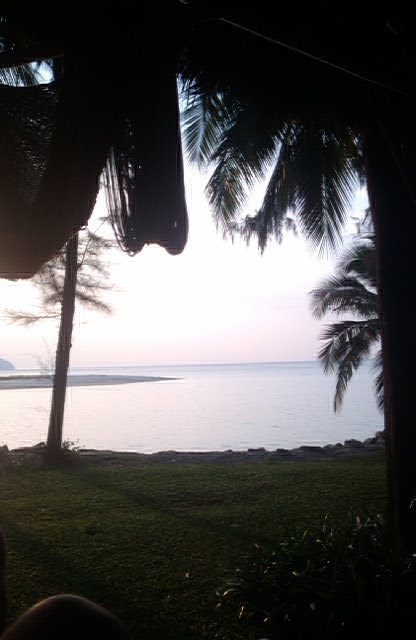 To say last night was epic is doing the party an injustice. It was just something that you had to experience for yourself.
We arrived on the beach about an hour before midnight and the beach was crazy!
We started walking from the entrance onto the beach up to the the far side, to the Paradise Bungalows, where the Full Moon Party originally started many years ago. It took about 45 minutes to get there and along the way there were different clubs playing different tunes. What was really impressive was that as you moved along, from one section to the other, you only heard the music from the club you were in front of.
Each club had there own entertainment as well, like fire-rope skipping and much more.
As the night went along though, things started getting out of control and people were peeing and worse in the ocean and it started to seem like a scene from a zombie movie, minus the whole flesh-eating bit.
I don’t really know what time we got out of there, because no-one seemed to bring anything valuable, including watches and cellphones. We got back to the resort at about 4ish though and then spent the whole day today recovering.
A little while ago, we went to a local massage parlour and got an AWESOME hour long massage. I also decided to jump into the deep end and got my back waxed. Ouch is all I can say, but I’m glad I did it.
As a side note, after catching a few taxis with other people and just speaking to people in general, I’ve realised that everyone on this island has some type of horror story. Whether it’s getting so wasted that they land up on the other side of the island or crashing a scooter, everyone has a story to tell, and if you’ve been reading my blog regularly, you’ll know I also have a few.
Tomorrow is our last full day on the island and honestly there isn’t much more to do, except possibly take the kayak out to the island nearby to the resort (about a 20 minute paddle). Then on the 3rd, its time to head to the craziness that is Bangkok.

Last night we went down to Haad Rin for an awesome night of Muay Thai fighting. Having never seen it before live, it was insane to say the least!
In the one fight, it looked like the local champion actually broke the Koh Samui champion’s leg.
Once again, my luck was against me and halfway back after the fights, my scooter’s back tire got a puncture. After pushing it for about two kilometres, eventually one of the locals stopped and offered to take me back to the resort. It took some haggling, but he agreed to 600 Baht for the lift, but at that stage after pushing it so far already, I probably would have paid anything.
Of course, this morning we had to get the scooter back to where we hired them and paid 200 Baht for a new tube after having paid 500 to get it there. So at the end of the day, my puncture cost 1300 Baht (about R400).
After that, we took a awesome drive through the jungle to a remote village called Thong Nai Pan and found an awesome little stuck away arts shop to get some gifts. Needless to say as with the rest of the island, the views were amazing!
For now though, its time to relax and catch a nap in preparation for tonight. 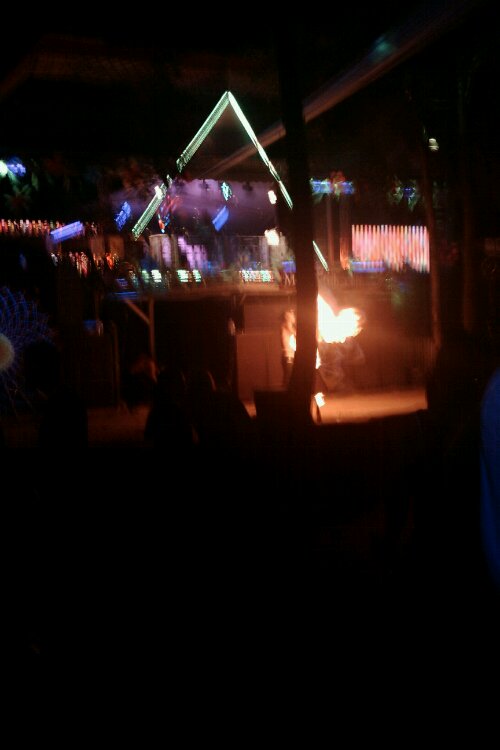 I had my first and last Bucket(s) last night at an epic party called the Half Moon Festival. It’s a huge party on the mountain in the jungle here on the island.
That said sometime in the night, I lost our room key and Alex got ripped by paying 600 Baht for a scooter ride back. To put it into perspective, I paid 100 Baht for my ride back. Why did we catch separate lifts? Well I passed out and he couldn’t find me.
So that is why I said my first and last bucket…
Regardless, it was an awesome party and I hope the New Year Full Moon Party is just as awesome. And since I decided to lose the key, we spent the night sleeping on the porch of our room until the reception opened in the morning, which really made me popular.
But besides that, today we got our scooters and as only I could do, after 5 minutes or so, I crashed it when I hit some gravel while turning. No it wasn’t damaged, but I got a few cuts and scratches on my hand and leg. It’s been cool since then though and we cruised around the island a bit before coming back for a swim and to just chill a bit. While out we came across a guy selling everything from petrol to cooldrink to mushrooms.
Anyway that’s all for now, I am gonna catch a quick power-nap before doing heading out tonight